Hayden Panettiere is expecting her first child with her fiancé, Ukrainian boxer Wladimir Klitschko, and she’s already showing what a nurturer she is.

On a recent trip to the Kiev Zoo, the animal lover formed a bond with a gorilla named Tony. “I was being escorted around the backside of the monkey exhibits when there he was, a massive, furry, black creature that made even the Klitschko brothers look small!” Panettiere says in a note she posted online. “That’s when I met Tony the Gorilla. His fingers were as wide as soda cans; his biceps were each the size of my head, and when he stood up straight, I was certain he was King Kong.”

“Suddenly the most amazing thing happened, he walked over, sat down in front of me and stared into my eyes,” says Panettiere. “Looking back into his, I could see how wise, curious and deeply intelligent he was. He took one of his massive fingers, stuck it through the fence and gently, as if I were made of glass, touched my cheek, then my nose, and finally my lips. He pulled his finger back and smelled it! He did this repeatedly during my first visit with him while I fed him his favorite fruits; bananas and cherries.”

There was only one thing that troubled Panettiere about Tony – his home.

“Each time I walked away from his cage I realized how ridiculously small his enclosure was for such a large animal,” says Panettiere. “I could tell even his caretakers hated the conditions in which they were forced to confine him. There were very few toys to occupy his intelligent mind, and thick metal bars on almost all four sides; it looked like a prison cell.”

So the Nashville star rebuilt Tony’s home, providing him with much more room to roam and making space for activities and toys. “Not only did I do it for Tony, a deeply smart animal forced to only see the sky through bars for the past 16 years of his life, but for the people of Kiev who spend their hard earned money to take their families to the zoo for a great experience,” says Panettiere, who refers to Klitschko’s native Kiev as a second home to her.

And this isn’t the first time Panettiere has advocated for her non-human friends. In 2007, she joined an anti-whaling group to speak out about the mistreatment of dolphins.

“Animals have always brought me joy in my darkest hours,” she says. “Whenever I have gone through difficult times in my life, I have always turned to animals to find comfort, peace and happiness. They can be a small ray of sunshine in the darkest room. My hope is that Tony and his new habitat can bring a moment of comfort and joy to the people who visit him. 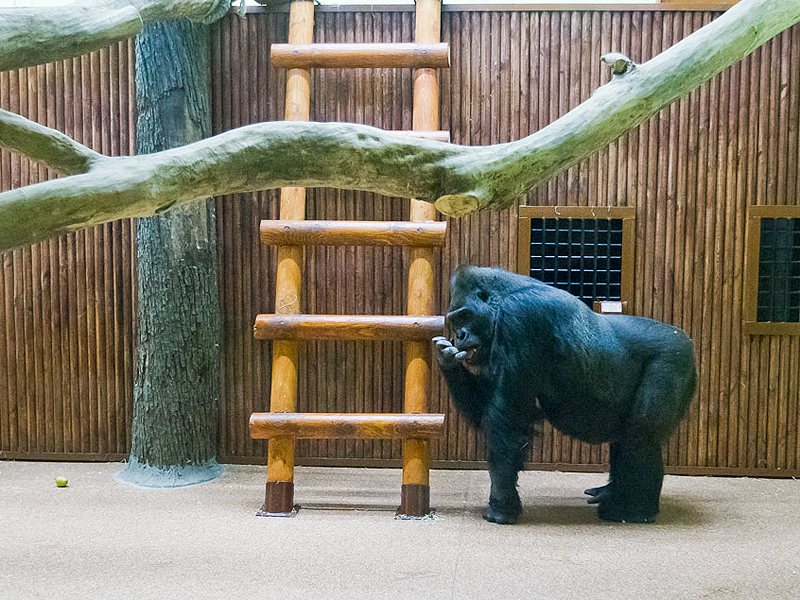